Looking Back: A Career with Heritage Hospice, Inc. 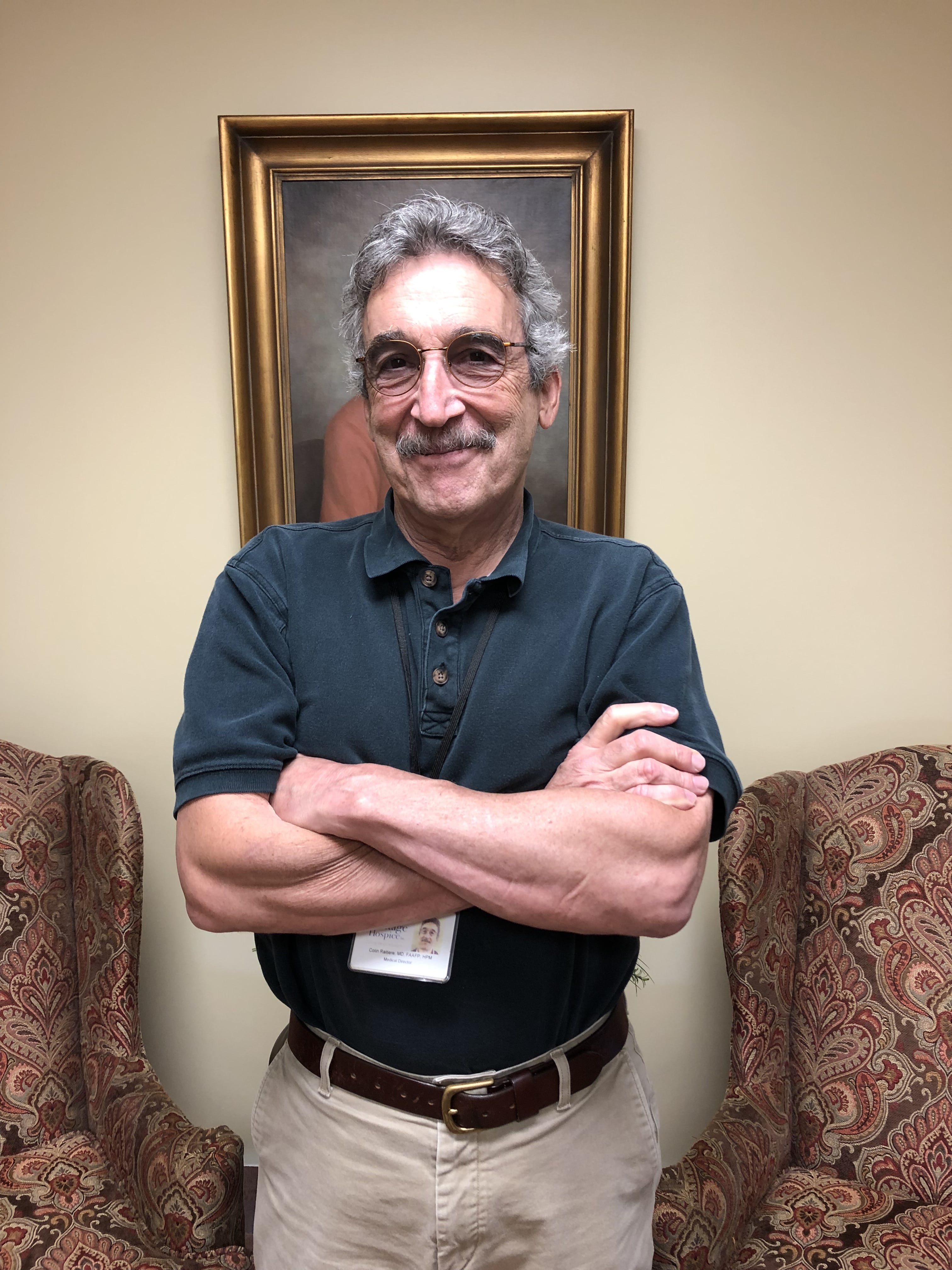 Nearly a decade ago, in 2010, Dr. Colin Raitiere began his journey with Heritage Hospice, Inc. serving as Medical Director. “My plan was originally to be here six years,” he says with a shrug. After seeing the impact of hospice in his life and those he served, he made the decision to stay. However, he did elect to take a step back in 2016, acting as hospice physician, which is still his current role. Now, he’s looking to take the next step—retire.

Raitiere didn’t always know he wanted to work with hospice. He originally had an entirely different career path in mind. He started out as an anthropology major at City College of New York. “My primary interest was gorillas. I was a physical anthropologist,” he says. However, one of his advisors encouraged him to attend two years of medical school, which once completed, he decided to pursue. Finishing out his medical education at University of California San Francisco, he was surprised to find that he matched for a career in Kentucky of all places. After relocating to the bluegrass state, he began to work at a family practice and several years later the opportunity to work with hospice presented itself. Raitiere took the plunge, spending six months working in both family practice and as Heritage Hospice, Inc.’s Medical Director, before making the decision to focus solely on his role with hospice.

“I was just blown away by hospice,” Raitiere says. “I remember coming into the IDG [patient care planning] meeting and just seeing all these people who were so compassionate and caring. It just felt like a perfect fit for me. It felt like the right place to be. And I actually regretted not having done it much earlier.” As Medical Director, Raitiere worked as part of the hospice team. He collaborated with the patient’s attending physician, providing support, and sometimes functioning as the attending if needed. He worked alongside other hospice team members—nurses, social workers, aides, and chaplains—to ensure the patient’s wishes were honored and the goals being set for each patient in regard to care were achieved.

Looking back on his career, Raitiere says there are a number of experiences that have had a great impact on him. “It’s hard to explain,” he pauses. “Just being able to be there, being able to share with the family the experience of this process, and also knowing that we could get people comfortable—that’s what means the most.” Serving those in Boyle, Garrard, Lincoln, and Mercer counties who are suffering life-limiting illnesses, Raitiere has had the privilege of partnering with a multitude of patients and families throughout his decade-long career with Heritage Hospice, Inc. “Dr. Raitiere has been a wonderful addition to our organization,” says Janelle Wheeler, Executive Director of Heritage Hospice, Inc. “He has brought a new dimension to our service and quality of care we provide. I am sad to see him leave our organization and our hospice family, but very happy for him as he enters this new season.”

As he looks toward the future, Raitiere has some plans for retirement. Mostly, he’s looking forward to spending time with his wife, kids, and grandkids, but he will also be delving into some of his hobbies. He lists music, panting, and drawing as some of his favorites, but those close to him know that baking holds a place of privilege in his heart. “With baking,” he says, “you have to be really patient. It’s really good for my head.” Over the years many of his creations have made their way into Heritage Hospice, Inc. as he worked to perfect a recipe. Although his artesian breads, sticky buns, and cheesecakes will be missed, it is the immeasurable care and compassion that he has served this community with over the past decade that will be missed most of all.